The Jacksonville Women’s Leadership Forum is the premiere organization on the First Coast that empowers women to successfully navigate the unique terrain of the corporate workplace and nurture their personal development.  JWLF will help transform the way participants approach leadership, networking, career advancement and life balance.  Through annual Forums and Educational/Networking shops throughout the year, you will gain insights from other smart and successful women all focused on tackling the issues that challenge women working their way to the top.

“Thank you again for the opportunity to experience the Jacksonville Women’s Leadership Forum. I learned some great things about negotiating, met some very interesting women, ate well, and most of all, came to work today refreshed and recharged. How did I live in Jax all these years and never know about this? No more!”

“I want you to know that I sincerely appreciate your thoughtfulness in inviting me to the Women’s Leadership Conference. It was such an important connection for me and one I would greatly value maintaining being new to JEA this year. Thank you for the extraordinary model you are. “

Ready to take your career to the next level?  Then Join Us!

The purpose of the Jacksonville Women’s Leadership Forum is to help support and advance the next generation of female leaders within our organizations and business community. 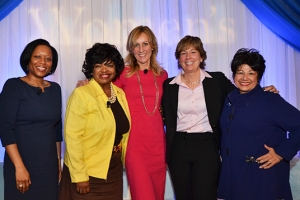 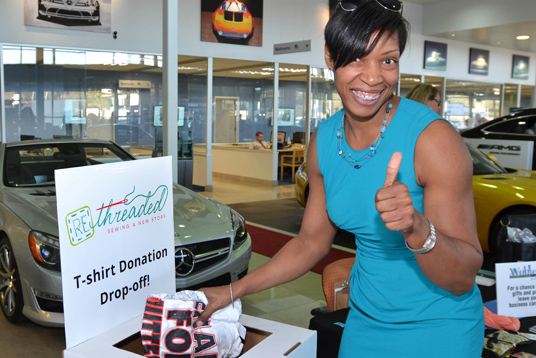 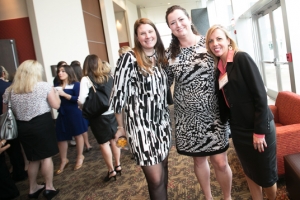 We serve to enhance leadership opportunities for
future female executives in an exclusive peer to peer setting. Let JWLF expand your career potential, develop critical skills, and set career objectives that are both attainable and sustainable.

We strive to broaden the individual’s professional network and visibility in the local Jacksonville business community. JWLF will help you maximize your networks and leverage their influence.

We provide opportunities for career development through mentorship and continuing education. Learn how to leverage your unique value proposition to advance your career.

We help you find that elusive life balance that every professional woman desires. Learn new techniques and tips on finding what works best in your busy life. Obtain practical advice on balancing personal success while growing your professional brand.

The Jacksonville Women’s Leadership Forum is a non-profit 501(c)(3) corporation.
CONTRIBUTIONS ARE DEDUCTIBLE TO THE EXTENT ALLOWED BY LAW. A COPY OF THE OFFICIAL REGISTRATION AND FINANCIAL INFORMATION MAY BE OBTAINED FROM THE DIVISION OF CONSUMER SERVICES BY CALLING TOLL-FREE (800-435-7352) WITHIN THE STATE. REGISTRATION DOES NOT IMPLY ENDORSEMENT, APPROVAL, OR RECOMMENDATION BY THE STATE.

Registration for the Forum will take place within two months of the 2021 event.

Based on the recommendations of government and health care officials regarding the Coronavirus (COVID-19) outbreak, the 2021 Jacksonville Women’s Leadership Forum will be held virtually on Friday, March 26th. The health and safety of our community is a top priority and a virtual event will allow us to keep all our participants, sponsors and speakers safe while continuing to provide quality content.

Registration for the Forum will take place within two months of the 2021 event. Please continue to take the severity of COVID-19 seriously and do your part in helping prevent the spread of the virus throughout our community.

Do you have a forum idea?

The Jacksonville Women’s Leadership Forum is always looking for fresh ideas. Please reach out to us if you have any suggestions! 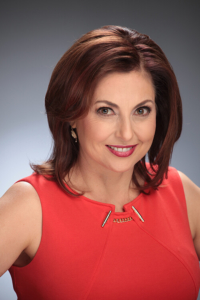 Light the F.I.R.E. – Cultivate Authentic Relationships in a Virtual World

Her uniquely dynamic, entertaining and substantive approach to communication skills training, comes from her extensive experience in conducting training workshops, coaching business professionals and delivering keynote addresses to a broad range of audiences both in the USA and globally, as well as interviewing high-profile figures, celebrities and corporate leaders. They include President Nelson Mandela, Tom Hanks, Meryl Streep, Anthony Hopkins, Morgan Freeman, Matt Damon, and George Clooney amongst others.

A sought after moderator, Nadia has hosted events for Coca Cola, Ted Turner’s -The Captain Planet Foundation, as well as the International Women in Film Crystal Awards with Alfre Woodard. She has opened the SOS Children’s Villages in South Africa with President Nelson Mandela.

Nadia received a Licentiate in Speech and Drama from Trinity College, London, and Bachelor of Arts degree majors in Drama and English from the University of Cape Town, South Africa. 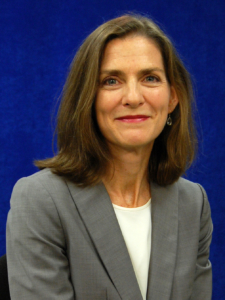 Brigid Schulte Director of the Better Life Lab and The Good Life Initiative at New America, and author of the NY Times bestseller, Overwhelmed
What Women Need to Thrive: How to Ensure Women Aren’t Set Back a Generation In a Post-COVID World

Brigid Schulte is the Director of the Better Life Lab and The Good Life Initiative at New America, a nonpartisan think tank, and author of the New York Times bestselling Overwhelmed: Work, Love and Play when No One has the Time, which was named a notable book of the year by the Washington Post and NPR. She has spoken all over the world about how to make time for a Better Life by redesigning work cultures to focus on effective work, by re-imagining gender roles for a fairer division of labor and opportunity at work and at home, by rewiring social policy to meet the needs of diverse 21st century families, and, instead of seeking status in busyness, by recapturing the value of leisure.

She was an award-winning journalist at the Washington Post and Washington Post magazine, where she was part of the team that won the 2008 Pulitzer Prize. Her work has appeared in a number of publications, including Time, the Boston Globe, the Toronto Globe & Mail, the Guardian, and the Sydney Morning Herald. She has been quoted as an expert or featured in numerous publications, including Forbes, Fortune, the Atlantic, The Times of London, Macleans, the Irish Times, The Financial Times and Fast Company, and has appeared on the Today Show, Good Morning America, the Katie Couric Show, MSNBC, CNN, Morning Joe, the BBC, CBC, Fresh Air with Terry Gross, NPR’s Morning Edition, Tell Me More, On Point, the Diane Rehm Show, the Leonard Lopate Show, the Bob Edwards Show, Efecto Naim with Moises Naim, the Australian Broadcast Company, and other television and radio programs.

She lives in Alexandria, Virginia with her husband, Tom Bowman, who covers the military for NPR, and their two children. She grew up in Portland, Oregon, and spent her summers in Wyoming on her family’s sheep ranch, where she did not feel so overwhelmed. 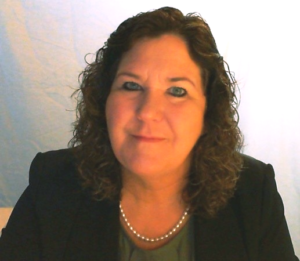 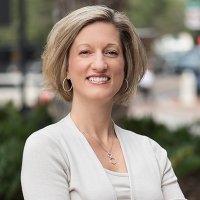 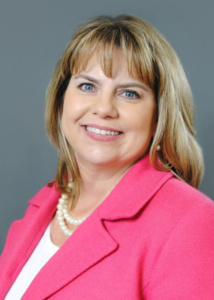 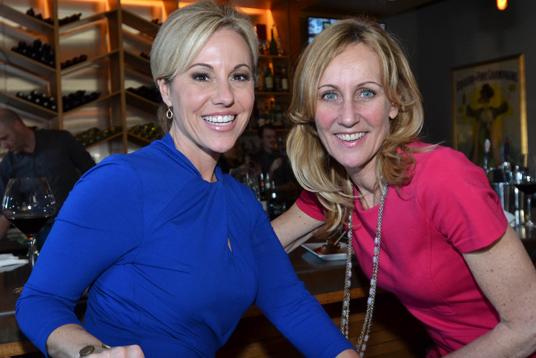 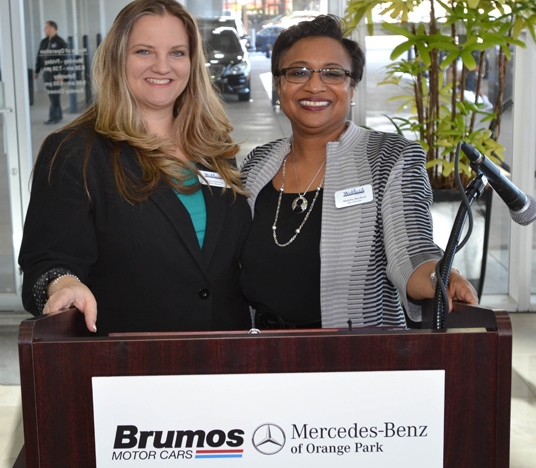 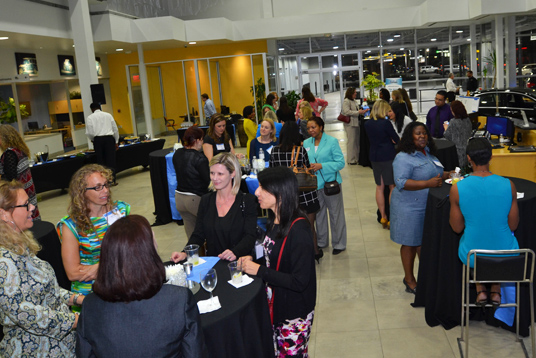 The 2021 Jacksonville Women’s Leadership Forum will take place on Friday, March 26th. The forum offers a variety of innovative and affordable sponsorships and recognition opportunities. Ensure that your brand, message and even your company representative is successfully positioned among an ideal demographic of professional and leadership minded women.

“It’s been a wonderful partnership between JWLF and Mercedes Benz of Orange Park and Jacksonville. As a long term JWLF networking event sponsor, we have been able to showcase our automobiles to the attendees, share the Mercedes Benz message of the priority we place on our female customers and we’ve seen a tangible return on our investment. We are delighted that several JWLF members and attendees are now proud owners of Mercedes Benz automobiles!”

Explore our opportunities and if you don’t see a package that fits the needs of your organization, contact us, we are always open to work with our partners to create a custom package that helps develop long lasting and impactful relationships that benefit both our sponsors and our attendees. 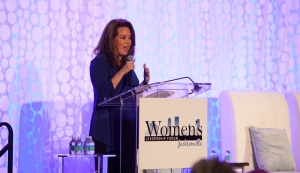 Thank You to Our Current Sponsors

We’d love to hear from you!